Wire Works I-VI, installations made with iron and porcelain barbed wire, is a kind of method developed to investigate spatial ideas. My fascination for barbed wire, the form as well as the conceptual image, grew out of a trip to South Africa a few years back. The wire is so ambiguous and contradictive. How can something so threatening at the same time be so beautiful? The wire communicates an image of surveillance and protection as well as exclusion, all depending on which side the spectator finds him/herself. 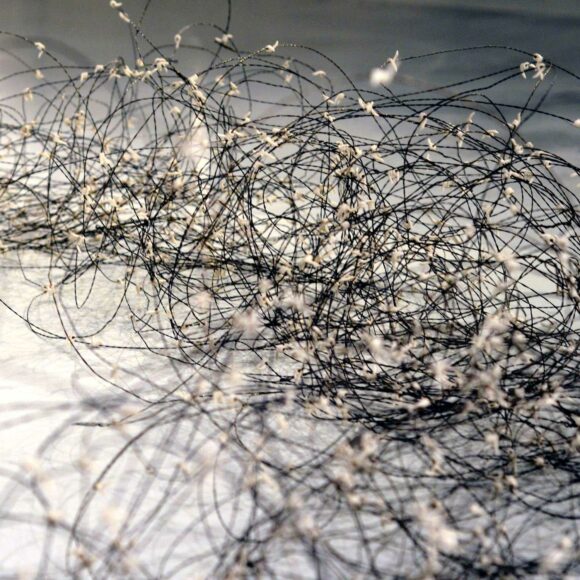 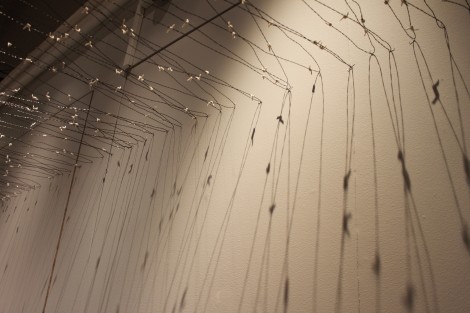 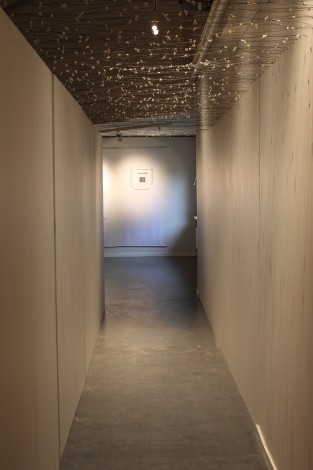 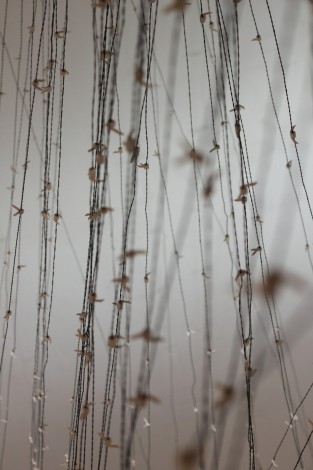 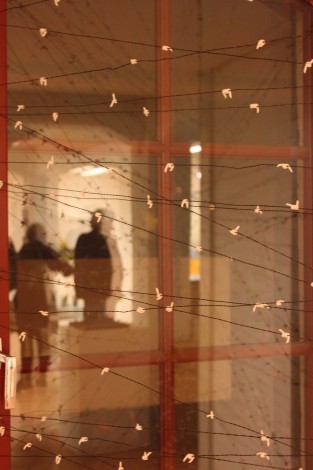 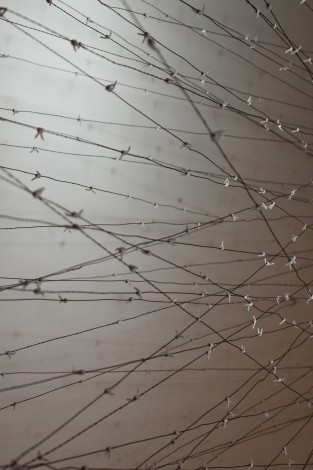 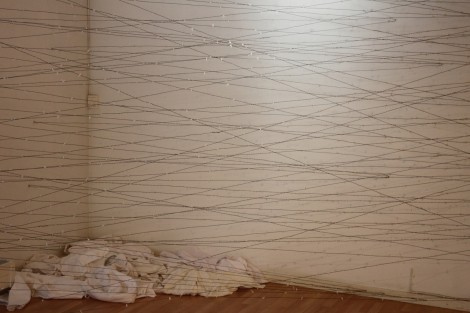 With kind support from Myrorna, Uppsala. 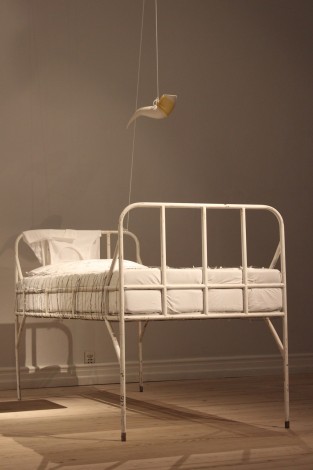 from the show In Sanity, Officinet, Copenhagen. June- August 2011. For more information click the link “In Sanity” under Archive. 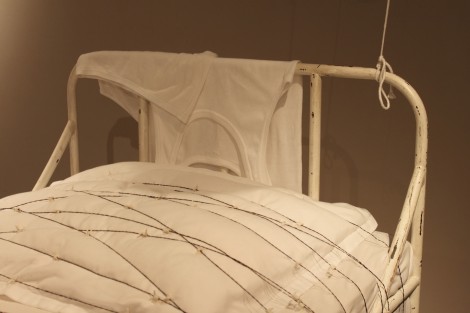 From an international pool, ten artists whose conceptual and material conversation takes them beyond the confines of their kiln were selected by jurors Portico Bowman, John Bryd and Linda Ganstrom. Each artist was provided a raw space of 10’ x 20’ and a stipend to present a live on-site specific installation or performance based artwork that explores the theme of migration during the 2011 NCECA conference.  Funded in part by an NEA grant, Projects Space is intended to act as a platform for experimental and innovative work that stretches the confines of the contemporary ceramic field.

In Wire Works II a large-scale piece built from porcelain and iron barbed wire was constructed, gradually closing its maker into a cage like structure, a network of wire that eventually, by the end of the work process, was impossible to enter- or exit. Wire Works was an installation piece that commented on migration and geographical borders, physical boundaries and the space in-between. The work posed questions like: Why are we so often scared of the unfamiliar? Why do we feel a need to protect, fence our selves in and build walls to keep the unknown outside? Who’s captive and who’s free?

I want to express my gratitude to NCECA for inviting me and to all the people who helped me on site in Tampa: Ian Meares, Casey McDonough, Portico Bowman and many others. I also want to thank all the conference visitors who came by my project space to talk and help in the work process. It was amazing to meet you all and hear your opinions on the theme at hand! 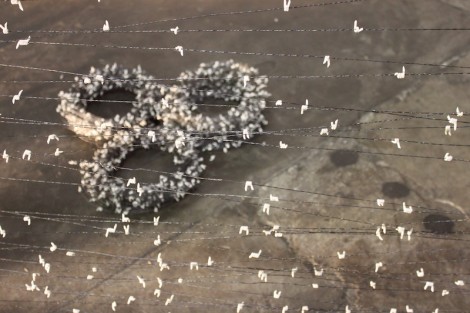 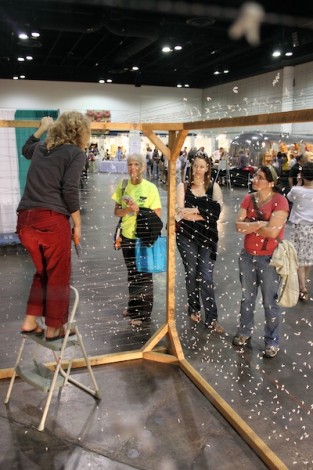 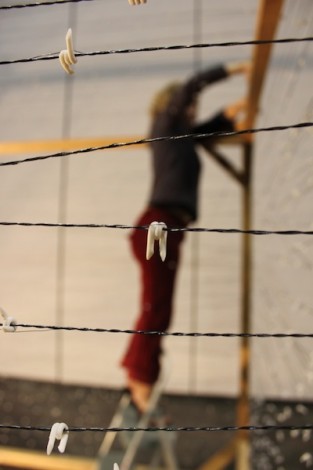 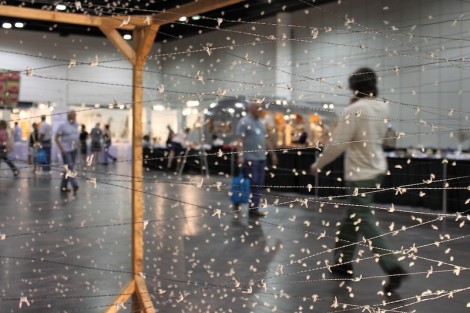 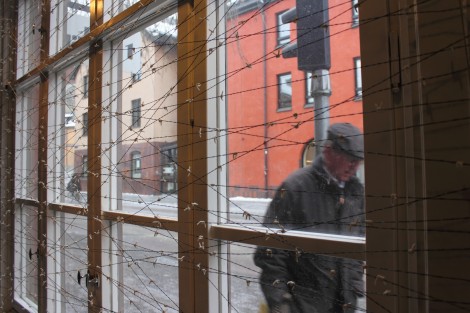 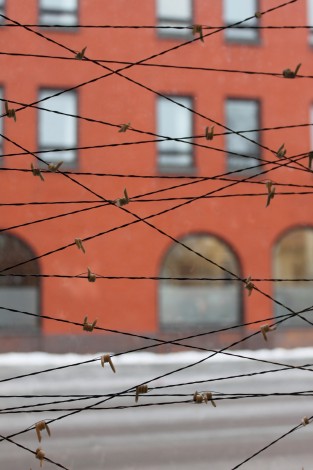 The piece was made for the show Hide and Seek in Uppsala, February 2011.

How can room and object in combination be used to flip perspectives and illustrate the borders between accessibility and isolation, between inside and outside? In earlier works I have been commenting on the theme borders: mainly physical, political and geographical. In Hide and Seek I am approaching the same idea from a more personal but at the same time universal angle. The three pieces shown in this exhibition describe the borders of human fear of alienation and our urge to protect ourselves, both physically and psychologically.