In mid-April 2013 I installed the piece “Critical Mass” at ROCHESTER ART CENTER, Minnesota, USA. For more info visit: http://www.rochesterartcenter.org. The installation was on display until August 2014. 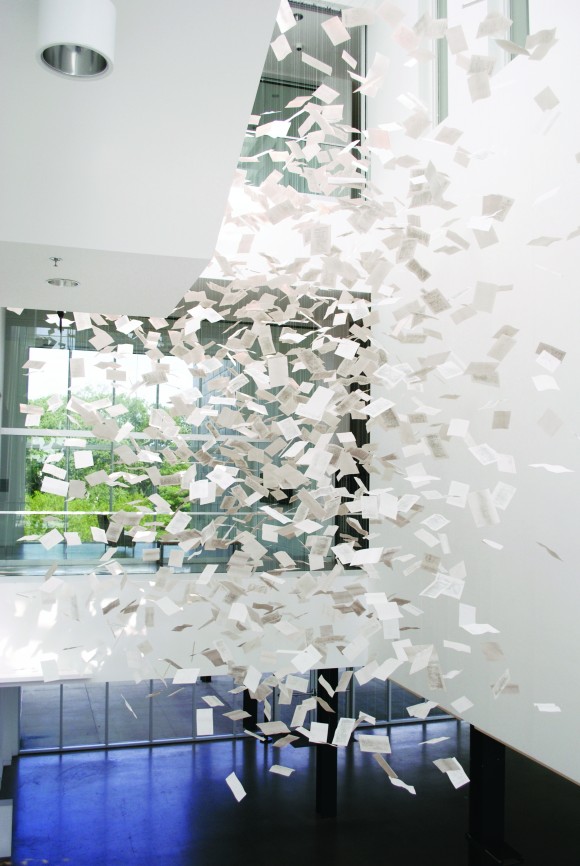 Known for her cutting-edge ceramic swork, Swedish artist Henny Linn Kjellberg has created an original, site-specific installation called Critical Mass that considers dual interpretations of this frequently used term. As described by Kjellberg: “Critical mass is most often used within nuclear science to describe the smallest amount of fissile material for a sustained nuclear chain reaction. It is also used as a socio-dynamic term to describe the existence of sufficient momentum in a social system, such that the momentum becomes self-sustaining and creates further growth. Critical Mass will reflect on the idea of the growth of human knowledge and the force of the group dynamic such as political movements and uprisings, and how actions and events sometimes can grow fast, or out of control, with either positive or negative outcomes.”
Critical Mass is made of more than 1,500 thin, paper-like white porcelain sheets that hang and seem to float from the RAC Atrium’s 50-foot ceiling in a dense cluster. On each sheet is black underglazed text from the 1651 political-philosophical book Leviathan by Thomas Hobbes.

The Wells Fargo Atrium Series is made possible through funding by Wells Fargo. Support for this exhibition provided by The Barbro Osher Pro Suecia Foundation, The Windgate Charitable Foundation, and Judy & Robert Douglas, in Honor of Ed & Virginia McKevitt.

Here are some images of the finished piece and from the installation process. All photos by the artist if not specified. 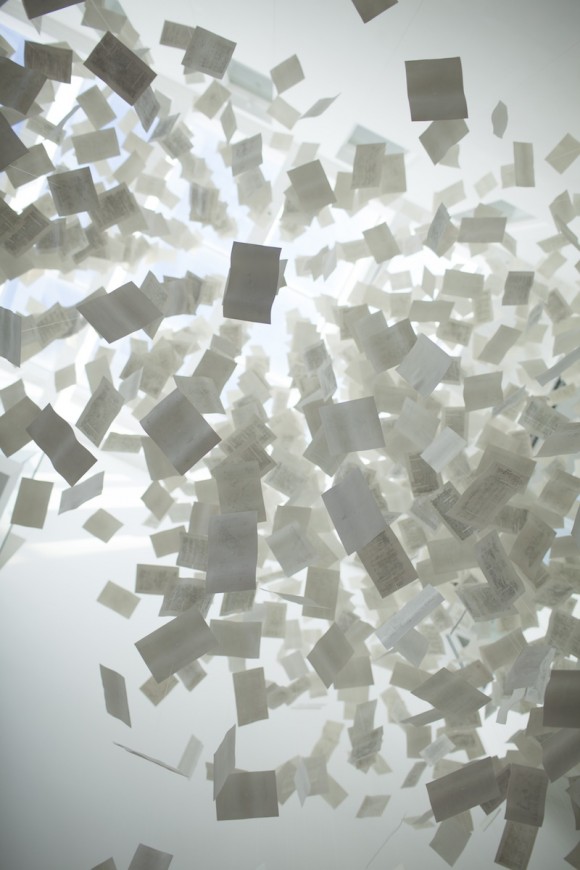 View from below. Photo: Naura Webb 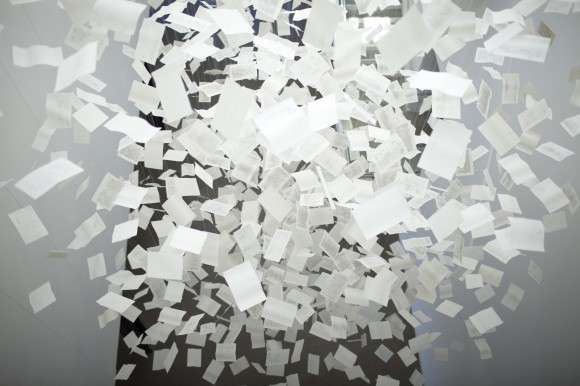 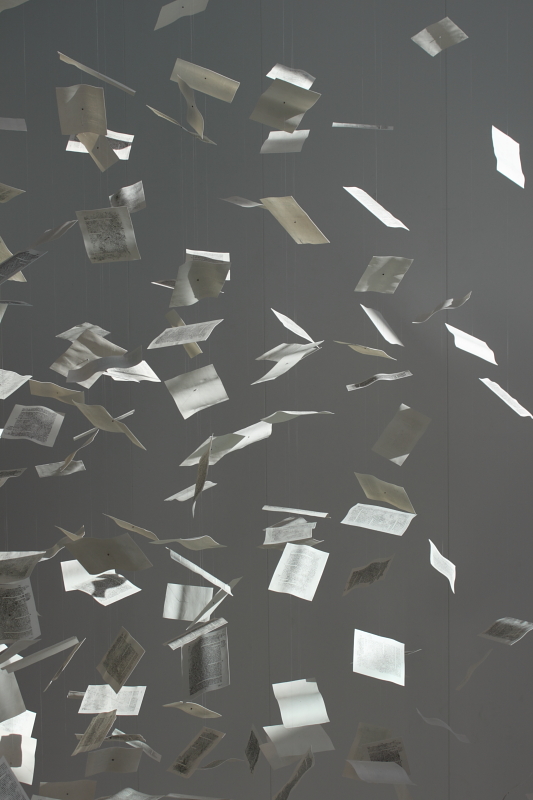 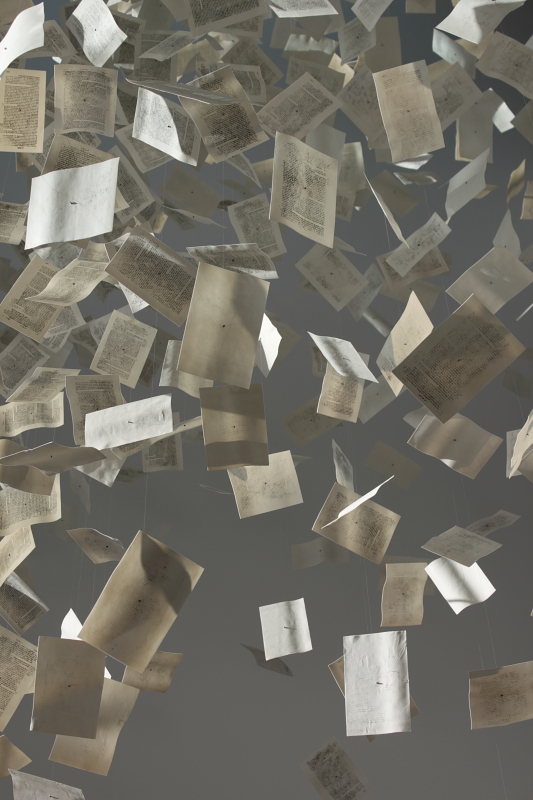 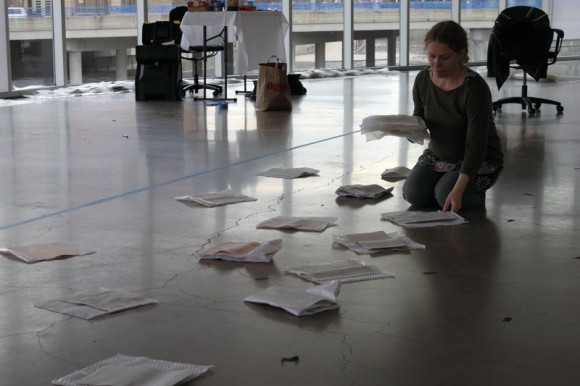 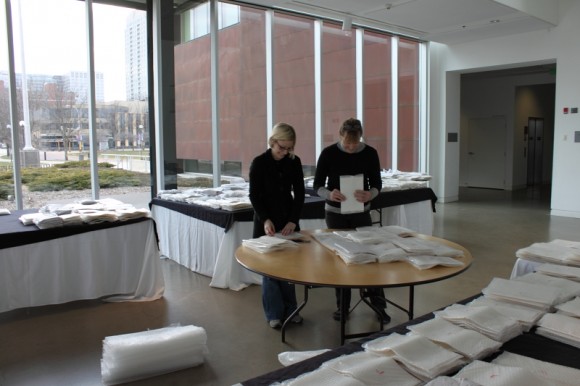 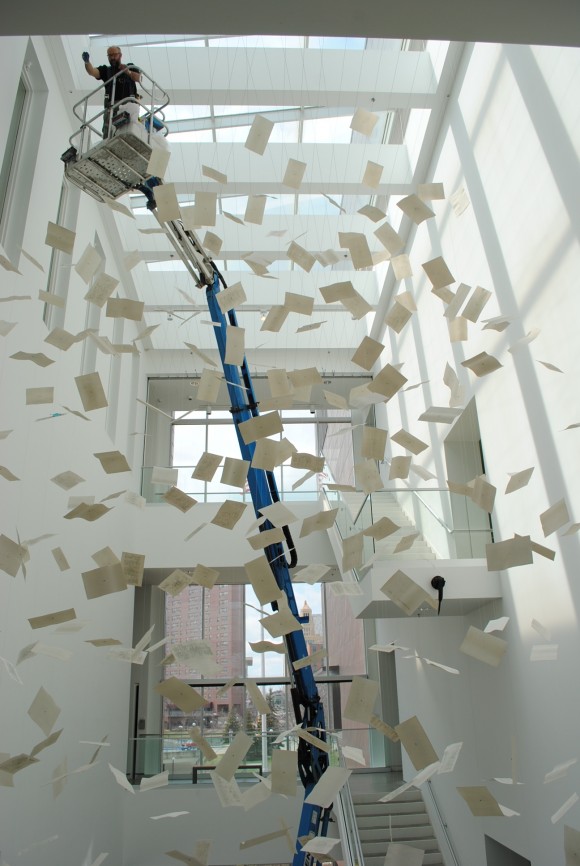 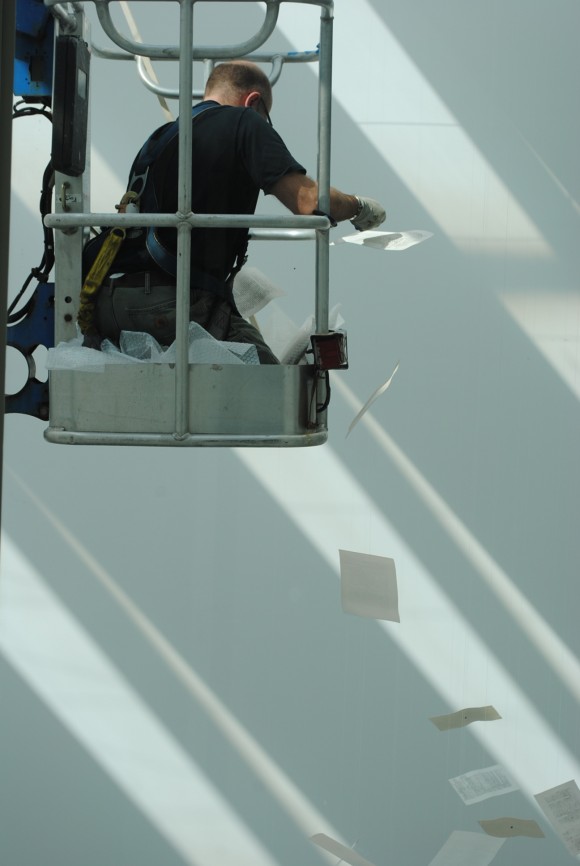 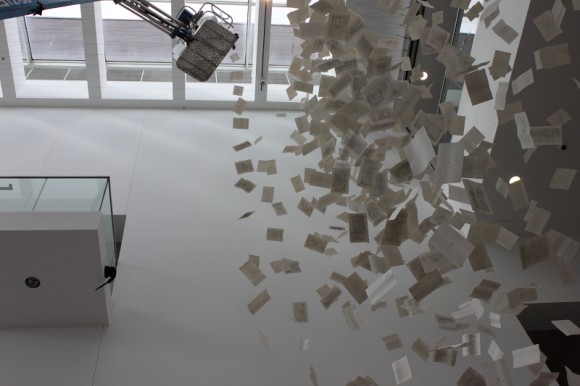