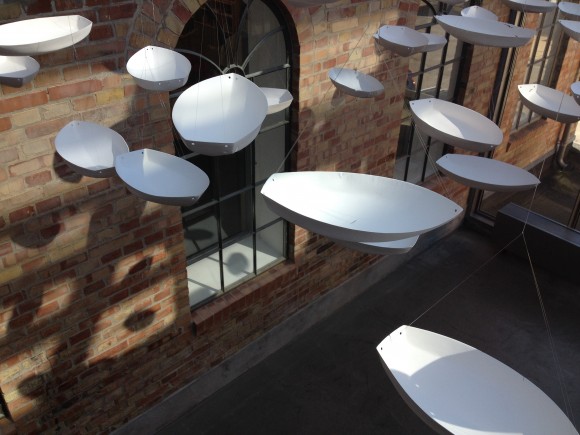 A piece from the exhibiton 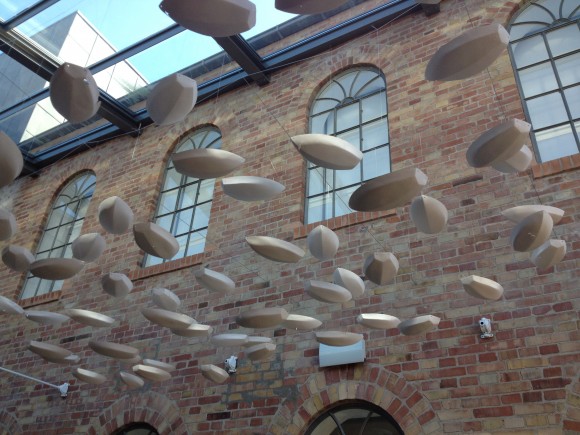 Boats have historically been a widely used form of migration or escape for people of limited resources, in situations like war and famine as well as in general search for a new and better life situation. Life at sea was, whether it was under circumstances of work, travel, war or migration, generally a lot harder and associated with more risk compared to current circumstances in the developed countries. In other parts of the world the conditions are not that different today.

This piece takes its’ standpoint in the global situation for boat people. The term was used to describe the massive flow of boat refugees that came from Vietnam in the late 70’s and 80’s, when a large number of refugees fled over the seas in un-seaworthy vessels, at very high risk. Today the main flows of boat refugees are crossing the Mediterranean, the Gulf of Aden, the Mexican Gulf and the waters between Indonesia and Australia. Every year hundreds of people die while trying to reach safety outside their own nation’s border by, and the ones who do are often rejected in a seemingly arbitrary way.

The installation consist of very thin vessel-like shapes made from low fired unglazed white porcelain. They float in the space, suspended from a wire structure in the ceiling, like a lost armada of fragile ships. The title of the piece refers to the fact that fleets of war create flows of fleeing people, and the general expression of the piece touches upon the idea that a vessel is a fragile container for life and that the human body is a frail vessel. 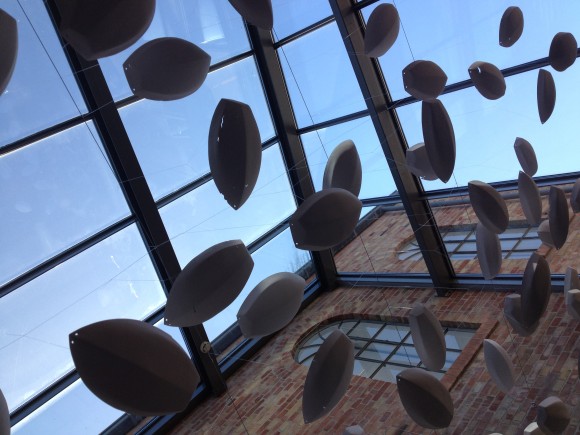